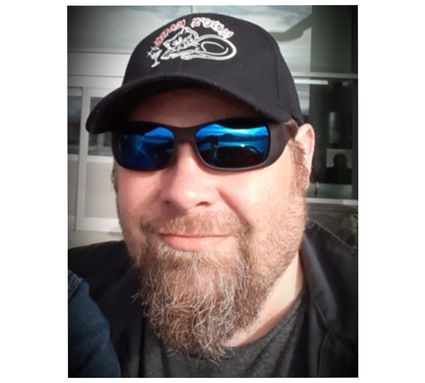 He was born June 30, 1973 in Petersburg to Joni Clausen and Dennis Schouweiler. He attended primary school in Petersburg, remote logging camps, and high school in Soldotna. His early life was filled with family, adventures in the natural world, and lessons from demanding physical work. He grew to love pursuit of adrenaline and was an accomplished snowboarder.

Working as a commercial fisherman was a particular source of pride in Jeremy's formation. He crewed for multiple boats from Southern California to Bristol Bay, but always credited his time on the F/V Sunset in the waters of Southeast as his entrance to opportunities he wouldn't have had otherwise.

He was widely known for his open heart - eager to connect with friends new and old. He overcame many physical and psychological trials while maintaining his signature kindness, humbleness and humor.

After an industrial accident in 2002 which led to amputation of his right leg in 2008, he returned to Petersburg with his young family. He cherished raising his son, Diesel, sharing life at a slower pace. In the domestic realm Jeremy was a strong, nurturing presence: an excellent cook, engaging storyteller, and homebody with encyclopedic knowledge of modern movies and pop culture.

He was preceded in death by his mother Joni Aase, her husband Kennith Aase, grandparents Phil and Darlene Clausen and Donald and Delores Schouweiler, Uncle Steve Clausen and son Riley Edwards.

A celebration of life will be held on July 14 at 4 p.m. at the Moose Lodge with a potluck to follow.