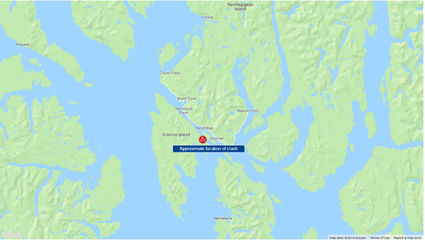 Map showing the approximate location of Judy Hill, where the crashed plane was reportedly found.

WRANGELL - Wrangell resident and attorney Michael Nash, 68, passed away in a plane crash near Ketchikan last Thursday. Alaska State Troopers were notified by Ketchikan Flight Service of an overdue aircraft around 3:07 p.m., July 11, according to a dispatch on the department of public safety's website. Nash was flying his plane, a PA-24 Comanche, and was due to land in Ketchikan at 2:15 p.m.