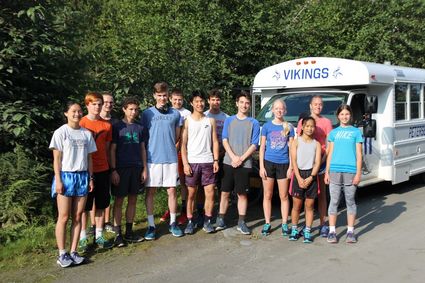 Running anywhere from four to eight miles a day, six days a week, the Petersburg High School cross country team has begun practicing for their first meet of the season at the end of the month.

There are 20 kids on this year's team, which includes seniors Jack Byrer, Melanie Chase, Kole Sperl and Noah Sullivan. Head Coach Thomas Thompson said he will be testing the waters at the first meet on Aug. 31 in Juneau, because it is still early in the season. He anticipates that the students who did some running on their own over the summer to have a strong presence at the meet.