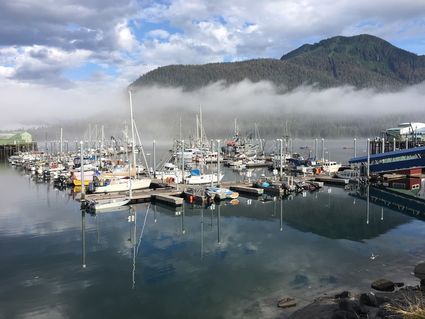 The North Boat Harbor on the morning of July 23.

Ongoing concern about cruise ships dumping their grey water and sewage into Petersburg's harbors and nearby waters caused assembly members to agree on Friday that the borough needs to take some form of action.

"I was at the harbor on Tuesday and that was all I could think about," said Assembly Member Jeff Meucci. "'Oh that's great. There's stuff in there.' I think we need to sort it out with [the cruise ship industry] and let them know it's not acceptable here."

At the start of the assembly meeting on Aug. 16, two residents addressed the assembly with their concerns about cruise ships dumpi...