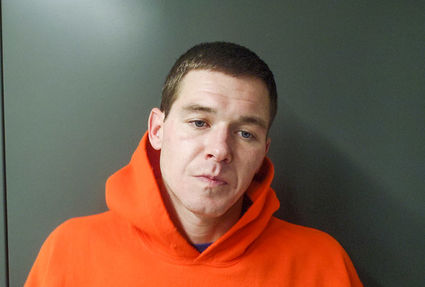 Courtesy of the Petersburg Police Department

The Petersburg Police Department served search warrants at 410 Mitkof Highway at approximately 3:50 P.M. on Tuesday, Sept. 10 and found distribution quantities of heroin and methamphetamine with a combined street value of approximately $61,670, according to police.

Courtesy of the Petersburg Police Department

Captain Randal Holmgrain cuts open the safe that housed the heroin and methamphetamine.

During the search, authorities said they located approximately 2.5 ounces of heroin and approximately 3.32 ounces of methamphetamine. Both narcotics were found in a safe along with a Glock 20 10mm and a scale with what authorities believe to be heroin residue. Gueller had $2,177 on his person, and an additional $5,080 in cash was found in the house. Authorities also found a handwritten ledger with people's names and phone numbers. Police Chief Jim Kerr could not state whether or not the people in the ledger would be persons of interest since the case is still under investigation.

The Glock 20 10mm, an AR-15 assault style rifle, a shotgun and a single shot hunting rifle, along with ammunition and accessories, were seized by police.