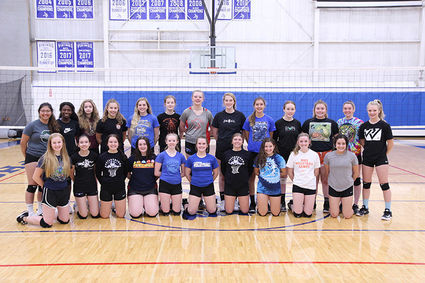 The Petersburg High School volleyball team won three of their six matches at the first seeding tournament by defeating their opponents in the first three sets of the match this past weekend.

First up against the Vikings in the tournament was Craig. Petersburg lost the match, winning only one of the four sets, but their rough start didn't carry on to the Vikings' next match against...