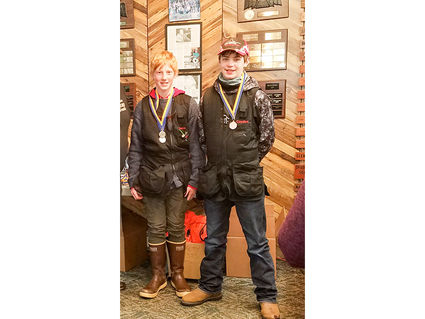 The Devil's Thumb Shooters traveled to Juneau the weekend of Oct. 26 to participate in the 5th Annual SE Fall Trap Shoot Invitational. We took 11 athletes from 4th - 12th grade.

Our two seniors Franklin Neidiffer and Noah File shot well, but the competition in the varsity level is fierce. At that level, they must shoot near perfect. They both were close, by shooting near 90% in Trap.

Our intermediate squad is our strong suit. We had a shootout for 3rd place, American Trap. All were from Petersburg, Jonas and Markus Anderson plus Cayden Turland. Jonas beat Cayden, with Cayden missing his 15t...