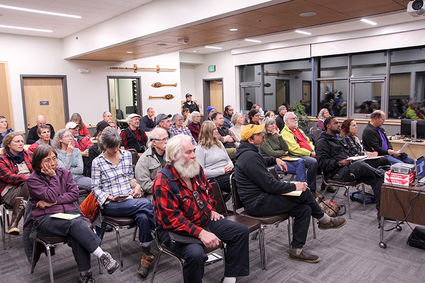 After officials from the United States Forest Service presented their six alternatives to the Roadless Rule at a public meeting last week and stated the agency preferred a full exemption of the rule in the Tongass National Forest, community members in the audience overwhelmingly spoke out against the exemption.

Alternative six, the preferred alternative, would exempt all 9.2 million acres of the Tongass National Forest from the 2001 Roadless Rule that set out to protect and preserve inventoried roadless areas throughout the country. About 55 percent of the Tongass is currently protected by...