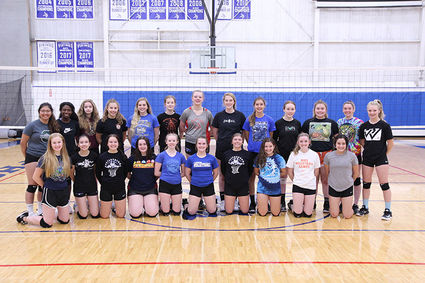 The Petersburg High School volleyball team went 3-3 at the last conference tournament of the season last week in Klawock and earned themselves the fourth seed at Regionals.

The Vikings won their matches against Haines, Metlakata and Skagway and lost against Klawock, Craig and Wrangell. Head Coach Jaime Cabral said the young team is still trying to get over hurdles, but he believes that they will peak at the regional tournament in Wrangell next week. In the meantime, Cabral will have the Vikings work on their passing and scoring earned points. Unearned points are points that a team receives...