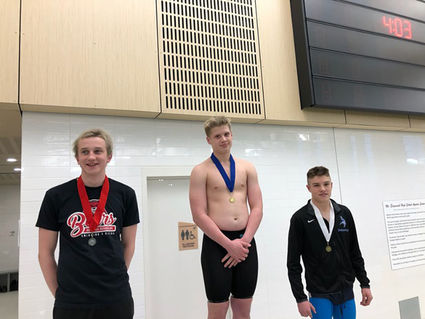 In his last swim meet of his high school career, senior Peter Kowalski placed fourth in the boys 500 yard freestyle at the state championship on Saturday and set a new Viking Swim Team record.

Kowalski competed in both the 200 and 500 yard freestyle at State and came in sixth and fourth place respectively. He completed the 500 yard freestyle race in 4:51.59, which is a new Viking Swim Team record, according to Carlisle.

Madison Whitethorn and Maria Pfundt also made it to the state championship, but they were unable to...