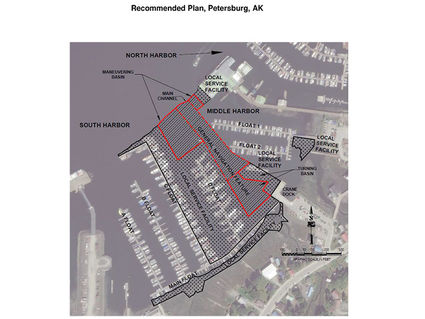 The United States Army Corps of Engineers went over the status of the project to dredge South Boat Harbor, along with associated costs to be covered by the borough and the next steps in the project at a public meeting on Dec. 3.

In 2017, the Petersburg Borough and the USACE entered into a feasibility cost share agreement wherein both entities agreed to split the costs of a feasibility study to determine a solution to the compromised egress in South Boat Harbor. The borough and the USACE equally split the $650,000 cost of the study, with the federal government contributing an additional $100...