One week to go for first basketball game of season 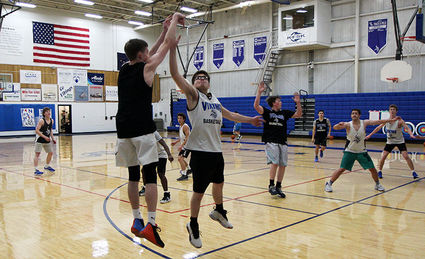 At about a week into the season, the Petersburg High School basketball teams scramble to build their offense and defense before their first

game on Dec. 20 against Wrangell.

Head coach for the boys team, Richard Brock, said the Vikings look to have over 20 kids on the team; although, it is still too soon to tell since some of the players are on the wrestling team or involved in other school related activities. Despite what the final number the boys team will have, Brock said there are four returning starters and eight returning varsity players.