Nolan Center welcomes the new decade with a murder mystery 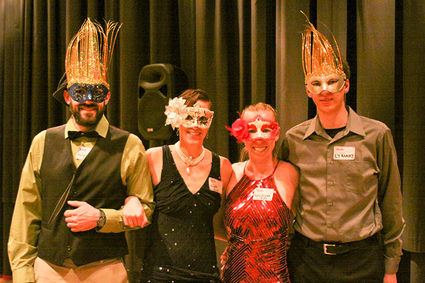 WRANGELL - The Nolan Center celebrated the new year on Dec. 31, with a murder mystery party. As this new year marks a new decade, a return to the '20s, the party had a 1920s theme to it. With jazz music, people in themed costumes, and masks, party-goers had the chance to return to the previous century. The main theater of the Nolan Center was decorated to look like an old speakeasy, from the prohibition era, to fit the mood.

For those who have never participated in a murdery mystery, it is a lot like a play, but with audience participation. As people came in with their tickets, they were g...