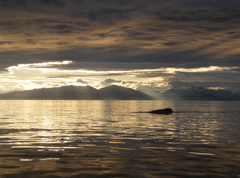 The borough assembly supported sending a letter to the National Marine Fisheries Service regarding issues the borough has with the proposed rule to designate critical habitat for Mexico, Central America and Western North Pacific distinct population segments of humpback whales at an assembly meeting Tuesday evening.