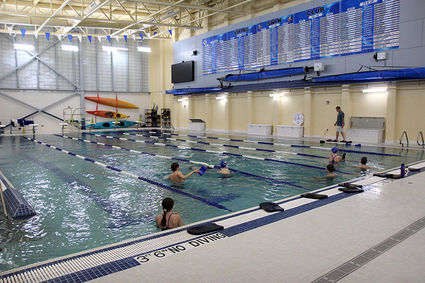 The Viking Swim Club was back in the water practicing again Wednesday afternoon. While the pool was closed, the team was maintaining their fitness by exercising in the gym.

Park and Recreation's aquatic center has reopened to the Petersburg School District, Viking Swim Club and the public this week, but repairs are still being made to the heating system.

"Seventy-nine sounds pretty warm, but when the water is 81 and you're talking about little ones who have to get i...