Five Finger Lighthouse to be remodeled 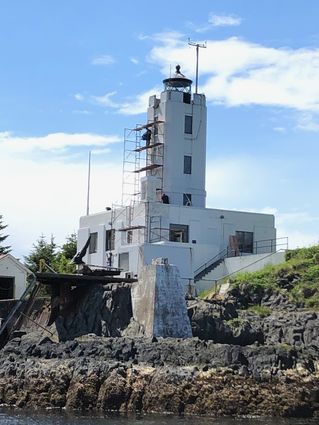 Workers stand atop scaffolding while remodeling the exterior of Five Finger Lighthouse.

FFLS is now based out of Petersburg and is recruiting members to join the organization and volunteers to help work on the lighthouse. Jeff Erickson, secretary of FFLS, said the infrastructure of the lighthouse needs to be rebuilt. Additionally, he said he would like to improve the living conditions in the lighthouse to be able to host people on the island.