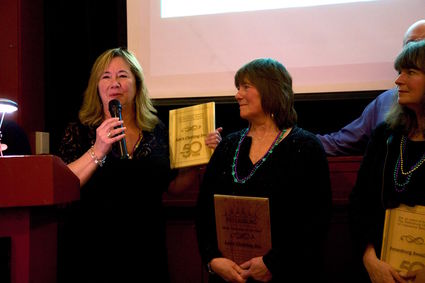 Both Petersburg Rexall Drug and Lee's Clothing were honored as businesses of the year at Saturday's Petersburg Chamber of Commerce Banquet. Additionally, the two businesses were awarded a plaque commemorating their 50th year in business.

"You cannot think of downtown Petersburg without thinking of either of these two icons," said Chamber Manager Mara Lutomski.

Petersburg Rexall Drug was purchased by Max Worhatch III in the summer of 1969 and is now run by two of his daughters, Erica Worhatch and Cate Kowalski. The two owners have supported the community through donations and volunteerism,...