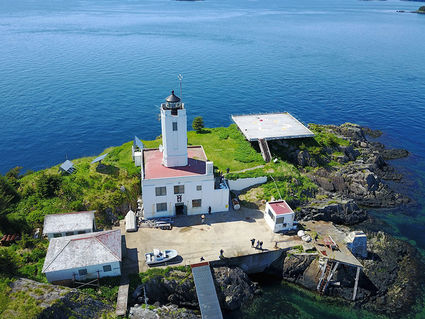 An overview shot of Five Finger Lighthouse shows the island's helipad and terrain.

The non-profit organization, which took over the lighthouse from the Juneau Lighthouse Association last year, looks to preserve the historic value of the lighthouse, make access to the island easier for visitors and educate the public on the lighthouse's significance.

The Five Finger Lighthouse was built in 1902 and was one of the first lighthouses in Southeast Alaska. It burned down in 1935...