Lady Vikings come out on top at Regionals 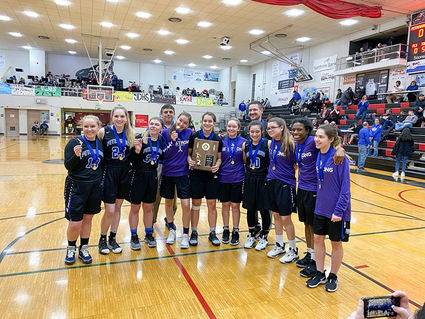 The Lady Vikings took first place in the Regional basketball tournament last week in Juneau and brought back the Region V Championship title for division two.

Petersburg was seeded third at the tournament and played against Wrangell last Wednesday for the chance to compete in the championship game. Head Coach Dino Brock said that the first game of the tournament started off strong, but the game soon became a low-scoring, defensive bout.

The Lady Vikings had played the Lady Wolves in four conference games throughout the season, with the most recent games taking place in late February. Broc...