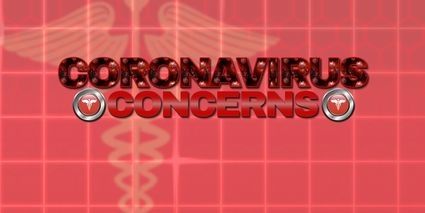 Public health mandate #02, which was signed by Incident Commander Karl Hagerman and is effective immediately, prevents the Petersburg Borough Planning Commission, Harbors and Ports Advisory Board, Library Advisory Board and the Public Safety Advisory Board from meeting until April 30, at which time Hagerman will reassess the COVID-19 situation to determine how best to move forward, according to the mandate.

“I think this is all trying to protect all the members of the boards, community staff and the public from getting together and spreading the virus,” said Hagerman in a phone interview with the Pilot.

The second health mandate comes less than 24 hours after the borough assembly passed public health mandate #01. The first mandate orders the public to shelter in place unless partaking in what has been deemed an essential activity.

Both mandates are subject to enforcement procedures as laid out in a civil emergency provisions ordinance that was passed by the borough assembly last Friday. The ordinance allows local law enforcement to fine individuals $500 for obstructing authorized personnel in their duties during a period of emergency, failing to comply with emergency orders and wearing unauthorized identification for state and local emergency personnel.

A much heftier fine of up to $2,000 and/or imprisonment for a term not to exceed 90 days is also written into Friday’s emergency ordinance for anyone intentionally, knowingly or recklessly breaking a health mandate.

“It’s hard to fathom what it would take to trigger that language,” said Hagerman. “I think it would have to be something very egregious in relation to a carrier of the virus that’s acting recklessly, but it’s really hard to say what kind of behavior would trigger that.”

Public health mandate #02 can be read at: