Tired of 'Into the Wild' rescues, locals want bus removed 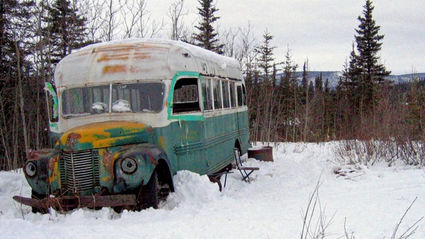 A March 2006 file photo shows the abandoned bus where Christopher McCandless starved to death in 1992 on Stampede Road near Healy, Alaska. Officials in the Denali Borough based in Healy want the state to remove the vehicle.

ANCHORAGE, Alaska (AP) _ They're tired of the deaths and multiple rescues near a decrepit old bus whose legendary status continues to lure adventurers to one of Alaska's most unforgiving hinterlands, and now officials in the nearest town want it removed, something the state has no intention of doing.

The long-abandoned vehicle was made famous in the 1996 "Into the Wild"book and later in the movie of the same name. Scores of travelers have been rescued and two have died trying to cross the unpredictable Teklanika River while seeking to retrace the steps of Christopher McCandless along the St...