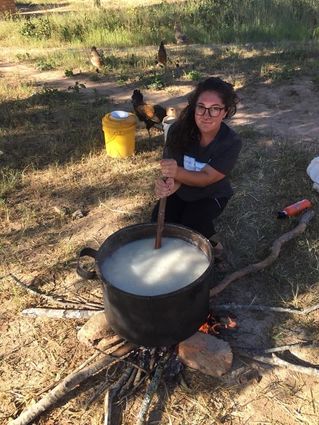 With help from her host mother, Maura Sullivan learned how to cook fermented maize beer while serving in the Peace Corps.

It took Maura Sullivan about a week to return to Petersburg when the United States Peace Corps began pulling its volunteers out of Zambia on March 16 as COVID-19 was spreading around the world.

In the weeks leading up to her forced departure, Sullivan and the other Peace Corps volunteers in Zambia were keeping up with the news on COVID-19, but they weren't aware of how serious the virus was getting.

"When you're living abroad, it's kind of hard to grasp the severity of the situation when you're not experiencing it," said Sullivan. "It was still in those states where it was treated like a f...