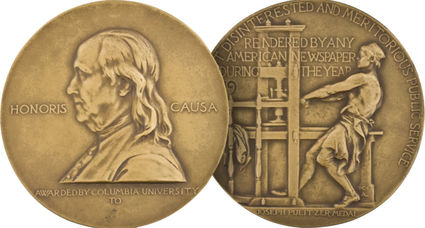 JUNEAU, Alaska (AP) - Alaska's largest newspaper won a Pulitzer Prize in public service Monday for its work examining law enforcement in rural communities, a feat coming less than three years after the outlet was rescued from the brink of financial collapse.

This is the third such award won by the Anchorage Daily News. The award announced Monday was won in collaboration with ProPublica for "a riveting series that revealed a third of Alaska's villages had no police protection, took authorities to task for decades of neglect, and spurred an influx of money and legislative changes," according...