American Cruise Line hopes to dock in town this summer 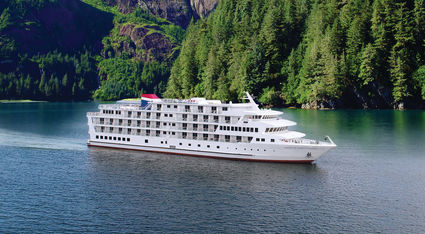 The American Constellation, a 173 passenger cruise ship, plans on docking in Petersburg in late June.

American Cruise Lines has 11 stops planned for Petersburg this season, with the first docking taking place at the end of June, according to ACL CEO Charles B. Robertson.

ACL's American Constellation is planning to dock in Petersburg on June 21 and June 29, the first of the cruise lines' expected stops in town. The two sailings will begin in Juneau and make their way counterclockwise through Southeast Alaska. Nine more stops are planned in Petersburg through the summer, with the last trip being a one way, southbound trip from Juneau to Seattle. However, since the borough assembly extended p...