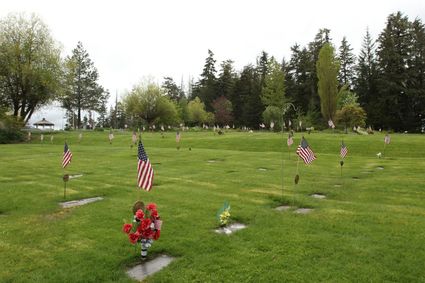 Veterans and other volunteers placed flags on the graves of 217 veterans at Petersburg Cemetery on May 20, according to local veteran Paul Anderson. Veterans that have been laid to rest in Petersburg include veterans from the Spanish/American war, both world wars, the Korean War, the Vietnam War and the war in Iraq. Flags remained in place until May 27.

About 50 people gathered at the Petersburg Cemetery for the annual Memorial Day ceremony on Monday.The proceedings began with an opening prayer, followed by the reciting of the National Anthem. There were readings from the Book of Psalms and Ephesians, and pastors from various congregations prayed for unity and the healing of the country and thanked those who lost their lives defending the United States of America.

According to the U.S. Department of Veterans Affairs, Decoration Day was established by veterans on May 5, 1868 as a day to decorate the graves of those lost in war, particularl...