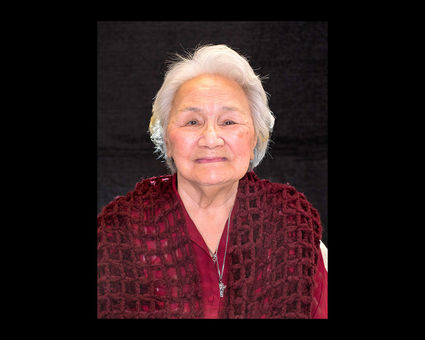 Anne Lewis, 94, a longtime resident of Petersburg, Alaska passed away on May 7, 2020 at the Petersburg Medical Center.

She was born Sept. 5, 1925, in Petersburg, Alaska, the daughter of late Tom and Lucy Kito. She was proud to say she came into this world while her parents were processing their fish at Blind Slough during the late salmon run at their campsite.

She graduated from Petersburg High School in 1943. She enrolled in the Armed Forces as a nurse cadet and attended St. Joseph School of Nursing in Nebraska and graduated in 1948. Upon her return to Alaska she worked at Ketchikan General Hospital and met the love of her life, Therman Lewis who was stationed in Ketchikan serving in the Coast Guard. They married on April 23, 1949 and traveled and called Alabama and St. Louis their home prior to returning to Petersburg. She worked in her early years at the Petersburg General Hospital, and took the summers off to work in the Cold Storage filleting halibut as well as working at the Petersburg Indian Association. After graduating in 1980 from the University of Alaska School of Business, she then began working for the US Forest Service in Petersburg for many years.

She was a lifetime member of the Presbyterian Church. She was a great cook, quilter, and loved spending time outdoors. She had a quick sense of humor and will always be remembered for her loving and caring nature.

She was preceded in death by her husband; daughter, Katherine Hansen; brother, Dick Kito and sister, June Kito.

The family will be having a celebration of life at a later date.