Pilot retires from Pacific Wings after pandemic closes its doors 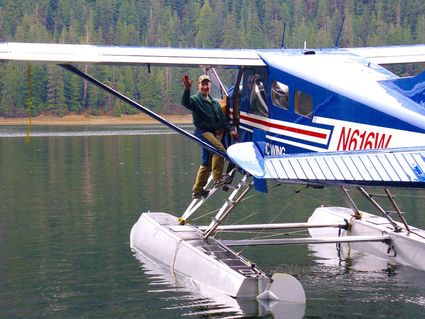 Cole Rhoden waves as he climbs back into Pacific Wings' DeHavilland Beaver float plane after dropping off a couple bear hunters at Bear Harbor on Kuiu Island in May, 2008.

For 33 years, Cole Rhoden has been flying for Pacific Wings, but due to a loss in business as a result of the COVID-19 pandemic, the company is shutting down. After his last flight on Friday, Rhoden said he was forced into retirement.

About 30 people gathered at the Petersburg Airport Friday afternoon to greet Rhoden as he completed his last flight with Pacific Wings. While those in attendance cheered as Rhoden got off the Cessna 185 aircraft, for Rhoden, the moment was a bittersweet end to his career.

“It wasn't my choice to retire,” said Rhoden. “It was a little bit of a bitter tas...