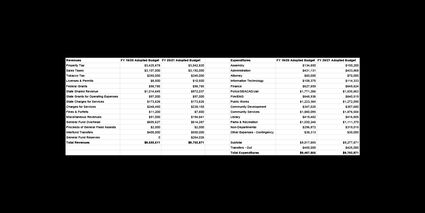 The borough assembly passed the borough's fiscal year 2021 operating budget in its third reading on Monday, which has $9,702,871 in both total revenues and total expenditures.

The first draft of the budget showed expenditures for the general fund totaling $9,838,846, but was balanced out equally by $9,838,846 in revenues. The total amount of revenues and expenditures change throughout the three readings of the budget as a result of the seven amendments made to it.

The most recent amendment was made on Monday. Vice Mayor Jeigh Stanton Gregor proposed that the assembly increase funding to th...