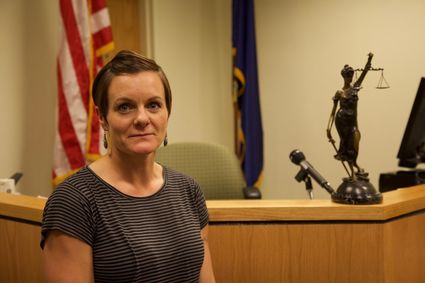 Rachel Newport in front of the bench where she'll serve as magistrate judge.

Following the retirement of the previous local magistrate judge in May, Rachel Newport has taken on the role after serving as clerk of court for two years.