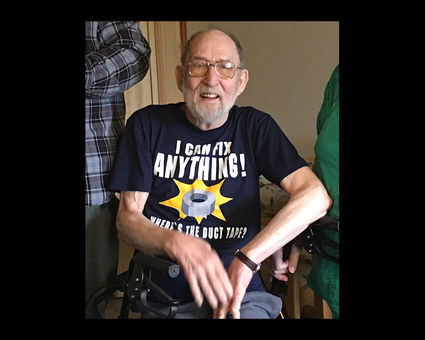 Jerry Niel Hegar, 78, of Petersburg, Alaska, passed away May 14, 2020 after a lengthy illness and battle with cancer.

He joined the Army in 1959 and became a tank driver in the 7th Army, 11th Armored Cav, which was one of his fondest memories.

After leaving the military, he returned to Oregon where he lived for many years before making his way to Alaska.

He fell in love with Alaska and spent several years working in lumber mills in Southeast before settling in Petersburg in 1979 to work for the Mitkof Lumber Mill. When the mill closed, he fished one summer, then was hired by the Petersburg School District where he worked as a maintenance man for 22 years.

He became a Moose member and held many local and state offices. He was very privileged to receive the highest honor in the Moose Lodge, that of Pilgrim.

He loved fishing, woodworking and working with his hands.

He is preceded in death by his parents, brother Stan and his daughters Kim Marie and Lisa Marie.

He is survived by: his spouse of 41 years Eleanor A. Hegar: sons Sean, Kelly, James, and Curtis: brothers Thomas and Steve, their spouses: and many nieces and nephews: and grandchildren, Kyle, Annie, Kyrstin, Kelcie, Melody, and Jessica.

A Celebration of Life will be announced at a later date.