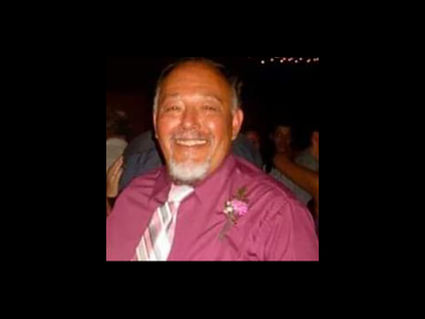 He was born on May 23, 1943 in the small town of Del Norte, Colorado to Mary Martinez. He was later adopted by his maternal grandparents Hospicio and Ofrocina Martinez. He graduated high school in San Diego, and served his country for four years in the Air Force.

He worked construction for the Western Washington Laborers and belonged to Laborers 292. This stage of his life brought marriage and two sons, Damon and Ramon.

His lifelong dream was to come to Alaska. He began that adventure in Seattle, when he was hired last minute on board the seiner, the F/V Rocco. That brought him to Petersburg, where he made his new home.

Less than two years after settling in Petersburg, he met the love of his life. His persistence paid off with a first date, and he married Carol on December 2, 1995. In doing so, he joined her established and extended family, and assumed the role of father-figure to her three small children. His love for family was clear from the start. The couple completed their family in 1998, when they adopted newborn Ofrocina Martinez. He made her his princess.

Through his work, he touched many people and parts of Petersburg. In fact, many have been in the buildings and homes through which he exercised his skills in construction. He may have taken your order at the old Café Agape, or made you food at his restaurant, Taco Loco.

He looked for growth professionally, and went to work for the Alaskan Native Tribal Health Consortium as a construction superintendent building transportation and water, and sewer infrastructure in remote villages in western and northern Alaska. He retired from ANTHC, and he and Carol started a cleaning business.

Family was his passion. You could always find him in the bleachers or on the sidelines cheering his children during sporting events, or at the kitchen table helping with homework. He was a committed foster parent, and he and Carol cared for over two dozen children in their home.

At various points in life he was an EMT, T-ball coach, and a member of the utility and census boards. Charles loved arguing politics. And at the end, he was the first to tell you he loves you, or shake your hand, or break with a smile.

A memorial service was held on June 10, 2020 at the Lighthouse Assembly of God in Petersburg.