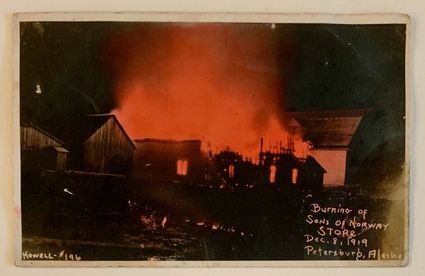 On a freezing cold December evening in 1919, the fishermen's buyers cooperative in the Sons of Norway building became engulfed in flame, presumably from an electrical fire that had started upstairs. Nearby buildings were saved due to a lack of wind and owing to a protective layer of winter snow and ice. The building was too smokey for firemen to enter, and the engine used to pump water initially failed. Unfortunately, the building and contents were a total loss. Soon after, the community decided there was a definite need to restore the volunteer fire department, which had been previously di...