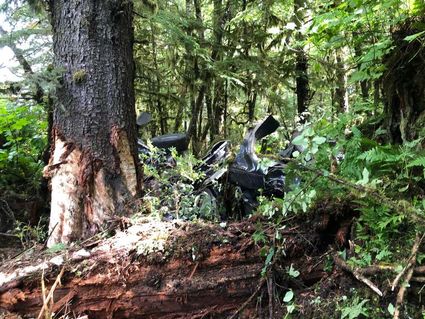 The black SUV lies on its side where it came to rest after the crash. All four passengers inside the vehicle were killed.