Building's owner said he may repaint in five years 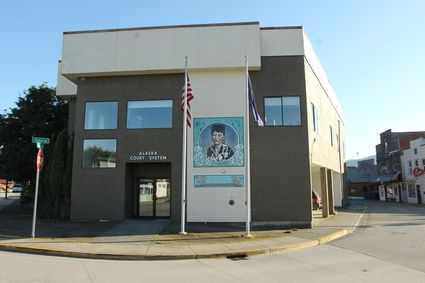 Contractors completed the painting of the courthouse building earlier this month. The mural of Elizabeth Peratrovich was hung on the front of the building shortly thereafter.

Since 1984, the building that houses the Petersburg Courthouse has been painted white with brown trim running along the top edge of the building and down the front, but the colors have been inverted in a recent paint job leaving residents to question the decision to paint a large downtown building brown.

One might blame the owner of the building, Jesse Olson of Blue Glacier LLC, for the choice of paint, but he said he didn't pick the paint color. The Alaska Court System did.

Olson bought the building in 2011 and has been repairing it for the last two years. Since the Alaska Court System r...