Troopers: Driver may have lost control of vehicle 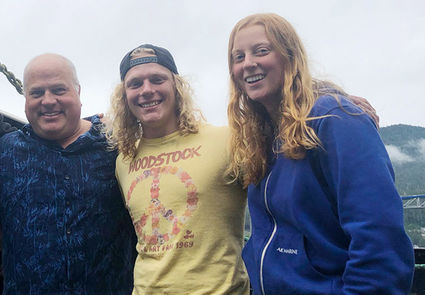 Robert Thorstenson Jr. (on the left) poses with Siguard Decker (middle) and Helen Decker on board the F/V Vigilant last month.

A Ford Excursion driven by Siguard Decker drove off the roadway near the 27-mile marker of Mitkof Highway at a high rate of speed, according to Alaska State Troopers. Megan Peters, communications director with the Alaska Dept. of Public Safety said Siguard Decker, who was driving, seems to have had lost control of the vehicle and then over corrected before running off the road. The resulting crash took the lives of two Wrangell cit...