Years in the making: Private hydro project to begin construction 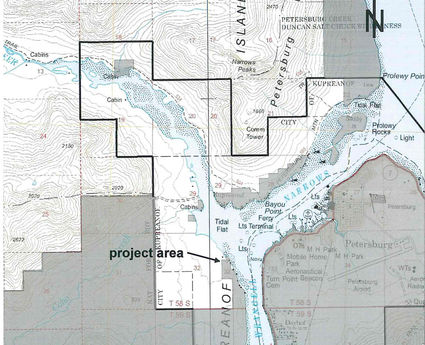 Doug Leen's property sits on Kupreanof Island across from the one mile mark of Mitkof Highway.

After over a decade of filing applications, Doug Leen can begin building a micro hydro project this month on both private and federal property.

The micro hydro project's turbine and powerhouse will be placed on Leen's property, but a six inch wide, 458 foot long plastic pipe will run from the powerhouse to an unnamed stream on U.S. Forest Service land. The stream forks into an east and west branch where intake boxes will feed water to the powerhouse to turn the turbine. Leen said the turbine has the potential to produce 1.5 kilowatts, or 1,500 watts per hour.