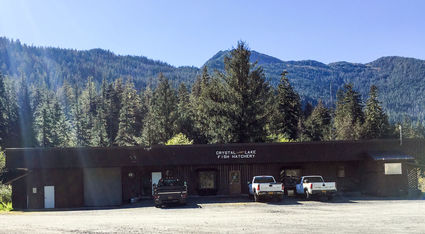 The hatchery has served many purposes across the years: an important role in the development of chinook culture in Alaska; a source of broodstock for many current larger chinook programs in SE Alaska.

The Alaska Department of Fish & Game will be shutting down its Southeast Alaska enhancement program due to an absence of funding, leaving the future of Crystal Lake Hatchery (CLH) in jeopardy, said David Landis, Southern Southeast Regional Aquaculture Association general manager, in a prepared statement.

SSRAA operates CLH under a contract with the Alaska Department of Fish and Game Division of Sport Fishing for a total of $517,300. A portion of the funding that the hatchery receives, $200,000, comes from the sport fishing license surcharge, which is set to expire on Dec. 31, according to Landis. The state legislature did not renew the sport fishing license surcharge due to an early adjournment caused by the COVID-19 pandemic.

Alaska Department of Fish and Game Division of Sport Fishing does not have the $500,000 needed for the Southeast's enhancement program that comes from the sport fishing license surcharge, said Landis.

The ADF&G is actively trying to get the state legislation to renew the sport fishing license surcharge and has received an endorsement from Gov. Mike Dunleavy. If the surcharge is renewed, the soonest it could go into effect is on Jan. 1, 2022, said Landis.

The remaining $317,300 of the CLH contract comes from federal and state funding in a 75-25 split respectively. Landis said he does not know if SSRAA will continue to receive this portion of the funding.

SSRAA's contract to operate CLH is set to expire at the end of June, 2021, but Landis said he is uncertain the state will continue to honor the contract; although, he anticipates the state will. 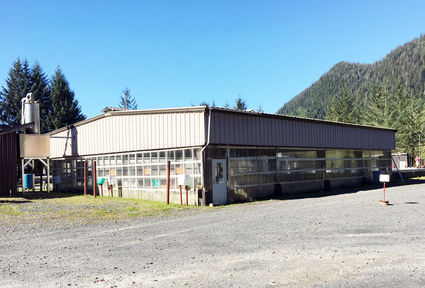 One of the buildings at Crystal Lake Hatchery.

"If the state decided that instead they will pull all funding and leave fish in ponds and incubators that would have to be destroyed, we certainly wouldn't want to do that," said Landis. "It's unclear exactly what the state will continue to fund and for how long. We're trying to get those answers."

Landis said the hatchery will continue to operate for the time being.