Moose count at 44 halfway through season 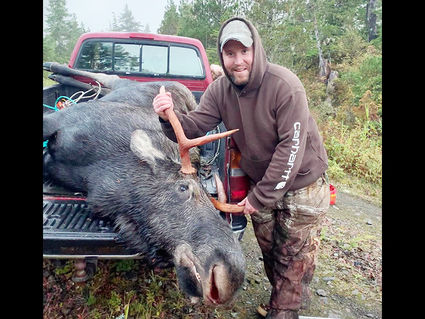 Blake Buotte poses with the first moose he ever harvested on Monday out Woodpecker Rd. He estimated the moose weighed anywhere from 450 to 500 pounds. Buotte said he has been moose hunting for 20 years, but didn't get lucky until Monday.

This year's moose harvest is on track to match 2018's harvest, with a combined moose count of 44 for Unit 3 and Unit 1B as of Wednesday, according to Fish and Game Area Biologist Frank Robbins.

"Compared to last year, the harvest is a bit...