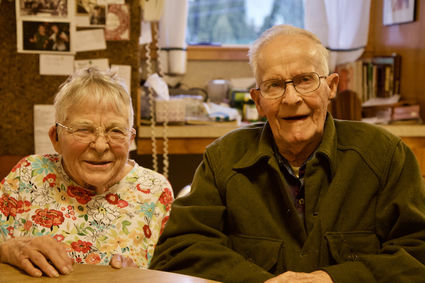 This year's Christmas tree lighter Art Hammer, right, sits with his wife Jeannine at their home on Kiseno St.

In February 1946, the S.S. Yukon ran aground near Seward. The passengers on board were thrown into cold, oily water as they waited to be rescued. One of those passengers was Art Hammer, this year's Christmas tree lighter.

Hammer, 99, was born on July 7, 1921. He attended school in Petersburg and graduated from Petersburg High School in 1939. Three years later in 1942, he enlisted with the United States Army and served until 1946.

He had just been discharged when the S.S. Yukon went down. Hammer said the ship ran aground at 4:12 A.M. that day. There were about 388 people on board the ship,...