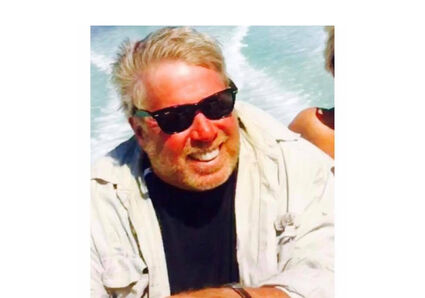 Grant Thompson, 73, passed away on September 14, 2020, while playing tennis with friends at Zephyr Cove, Nevada.

He was born in Honolulu, Hawaii and was the oldest of five children. He grew up in Seattle, and at age 15 was invited by neighbor Erling Thomason to work on purse seiner Betty in Petersburg, which proved to be a life-changing experience.

He spent the next 40+ years owning and operating commercial fishing vessels, became a founding partner of Norquest Seafoods in 1982, and contributed to revolutionizing the commercial fishing industry in Bristol Bay. Grant's passion for fishing and pure grit propelled him to innovation in the gillnetter industry, utilizing cutting edge technology with each new build, and introducing bow thrusters and refrigeration in the early 80s. Both later become industry standards.

In the off season from fishing in the late 60s/early 70s, he would often be sitting coach on a transatlantic PanAm flight to the far corners of the world. Exotic destinations such as Southeast Asia, the Middle East, Africa, and South America became his playground.

In 1967, Grant joined the Heavenly Valley Ski Patrol where he worked six seasons and met the love of his life, Maggie Baggott. Maggie was as game for adventure as Grant, joining him in Petersburg and Bristol Bay, exploring exotic countries for months on end, and sailing the Bahamas. The two truly shared a passion for exploring the world in a less ordinary way.

He was a generous, outgoing man who loved the outdoors and spending time with friends, family, and loved ones. He heartily welcomed everyone to his home or table, drawing people out with true interest and compassion, always employing a distinctive laugh and smile.

Grant was preceded in death by his parents, Les and Doris, and brother Greg.

A Celebration of life will be scheduled at a later date at Lake Tahoe in true Grant Thompson fashion.