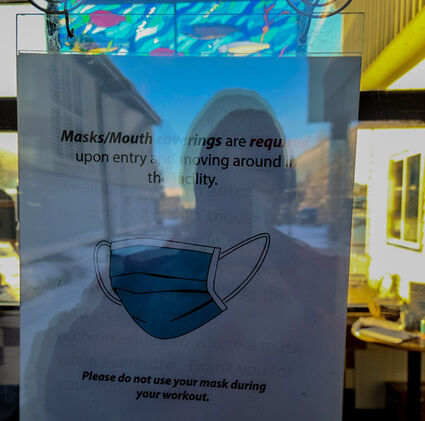 A flyer on the door at Petersburg Parks & Recreation Center.

Since the Borough Assembly passed the masking mandate at their Nov. 16 meeting, the Petersburg Police Department has been focused on educating the community about the mandate, instead of writing tickets, said Borough Manager Steve Giesbrecht.

Only one resident, Assembly Member Jeff Meucci, has received an official warning, said Giesbrecht. Other residents who were seen by police officers were spoken to, but the conversations didn't reach the point where the individual was cited or officially warned, said Giesbrecht.

In the past few months, Giesbrecht said he had received phone calls from...