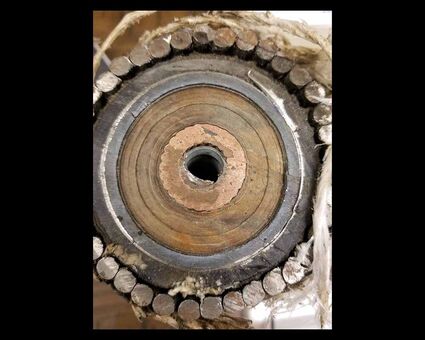 The submarine cables have several casings and a layer of paper rolled up under 40 pounds of pressure that is filled with fluid. The center of the cable is also filled with fluid to dissipate heat.

The Southeast Alaska Power Agency could replace a damaged submarine cable that is used as a backup cable to provide Petersburg with power as early as this summer, according to SEAPA Board of Directors Chairman Bob Lynn at the Borough Assembly meeting on Jan. 19.

Sumitomo, a Japanese firm, was contracted by SEAPA to construct a cable to replace a damaged submarine cable between Woronksofski and Vank islands for approximately $14 million. The cable was expected to be delivered in late July and then installed by the fall or winter, said Lynn; however, SEAPA has received news that construction...