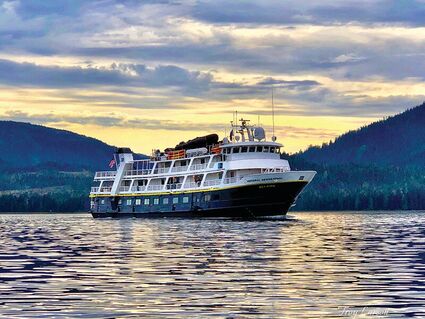 The Canadian government issued an order on Feb. 4 to prohibit cruise ships in all Canadian waters until Feb. 28, 2022, but Dave Berg, cofounder of Viking Travel, said the restriction would only affect one cruise line expected to port in Petersburg this summer.

Victory Cruise Lines' foreign-flagged ship Ocean Victory is scheduled to port in Petersburg eight times this season, with the first stop expected on July 17. According to the Jones Act, which regulates maritime commerce in the United States, foreign vessels are prohibited from transporting U.S. citizens from one U.S. port to another...