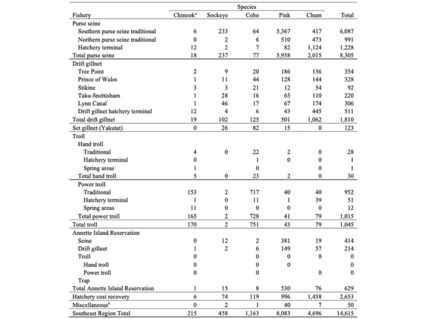 Chart courtesy of the Alaska Department of Fish and Game

The chart above lists Southeast Alaska's commercial salmon harvest by fishing area. The figures are presented in the thousands of fish.

The overall 2020 salmon harvest in Southeast Alaska was down by about 56 percent compared to 2019, as all five commercially harvested salmon species runs came in below recent and long term averages.