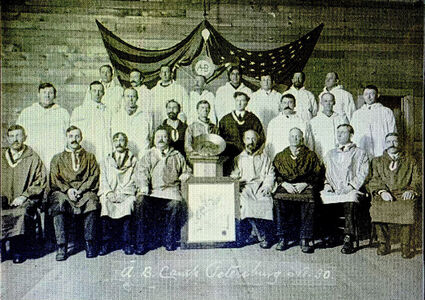 The Arctic Brotherhood was one of the early organizations formed in the northern territory, as a fraternal organization exclusively for white males over 18. It began with a group of gold seekers sailing to Alaska by steamer in 1899. Their constitution stated that they espoused intellectual and social intercourse and to advance the interest of the Northwest Section of North America. Despite that lofty sentiment, the dollar initiation fees were often spent on entertaining members. The organization did take care of the civic and social needs of its participants, which at one time numbered over...