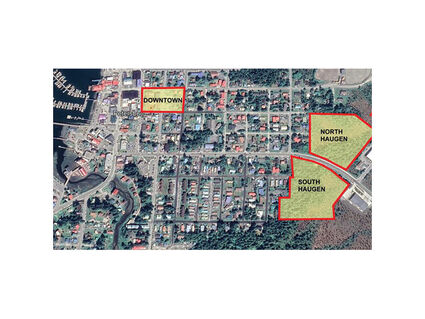 During Petersburg Medical Center's town hall meeting in Jan. 2020, the hospital presented three possible layout schemes for a new facility that utilizes the hospital's current location and plot of land on the north side of Haugen Dr. between S. 8th St. and 12th St.

The Borough Assembly created a list of its top three capital project priorities for the 2022 fiscal year at their meeting on Monday that could potentially be funded by the federal government.

In no particular order, the Borough Assembly chose a $16.2 million priority that would finalize the planning for a new Petersburg Medical Center facility, a project that would add ramps to South Boat Harbor totaling $1.7 million and the expansion and improvement of remote access facilities for a total of about $6.4 million.