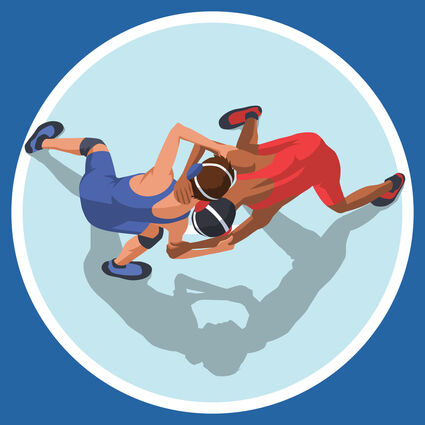 In the last tournament before Regionals, the Petersburg High School wrestling team saw several of their wrestlers place at the Tom Sims Invitational in Wrangell on April 10.

Although overall the team placed sixth in the tournament, Coach Brandon Ware said the scores were skewed due to the low number of wrestlers competing for the Vikings. Five PHS wrestlers competed in Wrangell, while the average team size was about 15 students. Ware said despite the odds, the Vikings fought hard in their matches.

"We had a lot of tough matches, but they wrestled really hard," said Ware. "They gave it thei...