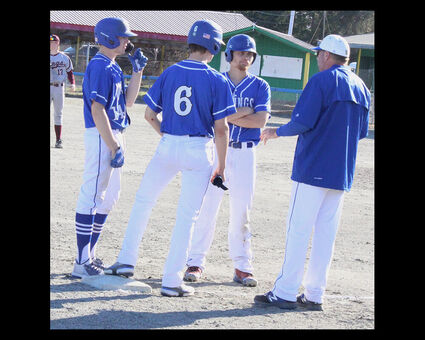 The Petersburg High School played their second series of the season against Ketchikan High School on April 22 and 23. While they suffered three more losses, Head Coach Jim Engell said the Vikings have been improving by the week.

"It went real well," said Engell. "I know the scores don't necessarily show that, but we made a lot of progress. I was very pleased. Every practice that we have had since we got on the field in Sitka, we've just seen our kids get better and better."

Brekin Davis, Lathum Johnson and Jack Engell were the lead pitchers for three games with Mattias Volk and Max Marohl...