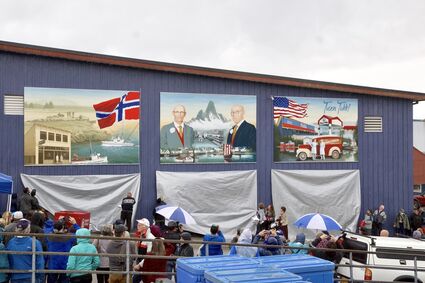 Hammer & Wikan unveiled their three-paneled mural on May 13 to commemorate 100 years in business. In the first panel, John Hammer and Andrew Wikan stand in front of their first building, with Point Agassiz in the background. The two

business owners started out by selling milk picked up from Point Agassiz.

The second panel shows John and Andrew at their 50th anniversary of their business. Between them is Devil's Thumb.