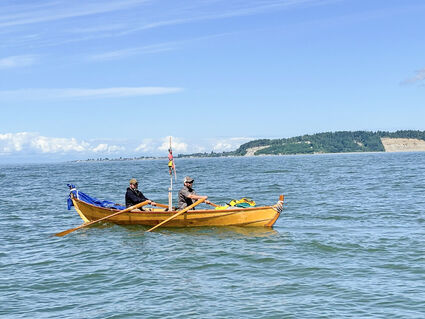 The Race to Alaska, a 750 nautical race from Port Townsend, Washington to Ketchikan, was cancelled for the second year in a row due to the COVID-19 pandemic this year, but that didn't stop Hammer brothers Jake, 42, and Jens, 38, from taking advantage of the warm summer weather. When the Northwest Maritime Center (NMC) announced a new 360-mile race through Puget Sound, the two brothers quickly signed up; although, they didn't have a boat.

After some quick thinking and phone calls, Jens was able to find a Norwegian boat builder in Washington who leased the brothers a traditional 19-foot Norw...